To trigger a transfer of an invoice to the A/R account, a direct bill payment must be made from the guest bill.

A direct bill payment can be applied before the guest departure date. Because applying a direct bill payment will close the bill, it is necessary to delete the previous routing from the locked bill and set up a new routing using the next available bill number. For example, if you originally used Bill #2 for the direct bill, after applying an interim direct bill to a stayover guest bill, delete the existing routing from Bill #2 and set up a new routing to Bill #3 for the remaining days.

See the screenshots below for an example.

The original routing was set to a company A/R account and Bill #2 for the entire stay dates. 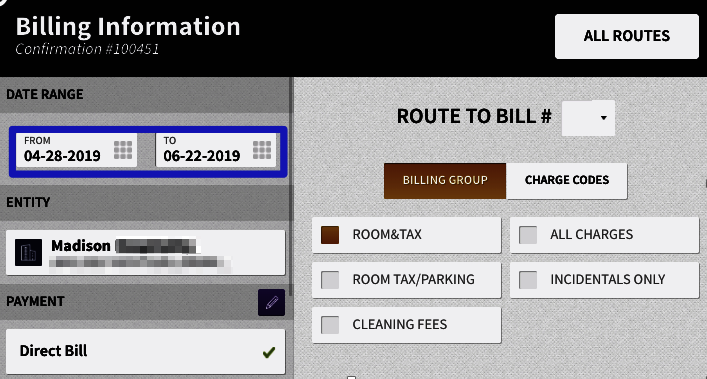 Set up a new routing to the company A/R account using the next available bill number. In this case, Bill #3 is used for the remaining stay dates. 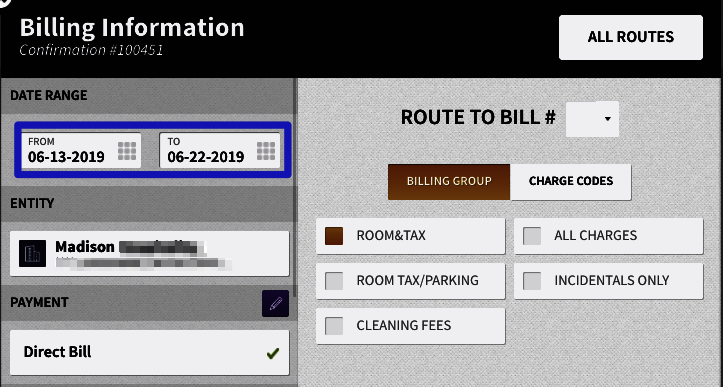 The invoice has been transferred to the company A/R account after direct bill payment has been applied on a guest bill where the departure date is in the future.

Did you find it helpful? Yes No

Send feedback
Sorry we couldn't be helpful. Help us improve this article with your feedback.