Changing the Name of a Company or Travel Agent Card

Changing the Name of a Company or Travel Agent Card

When changing the name for Company or Travel Agent (TA) Cards, you may notice you can change some but not others. The name field will become locked if there is a contract attached to the Company/TA Card; however, once you remove the contract from the Company/TA Card, you will be able to change the name on the card. 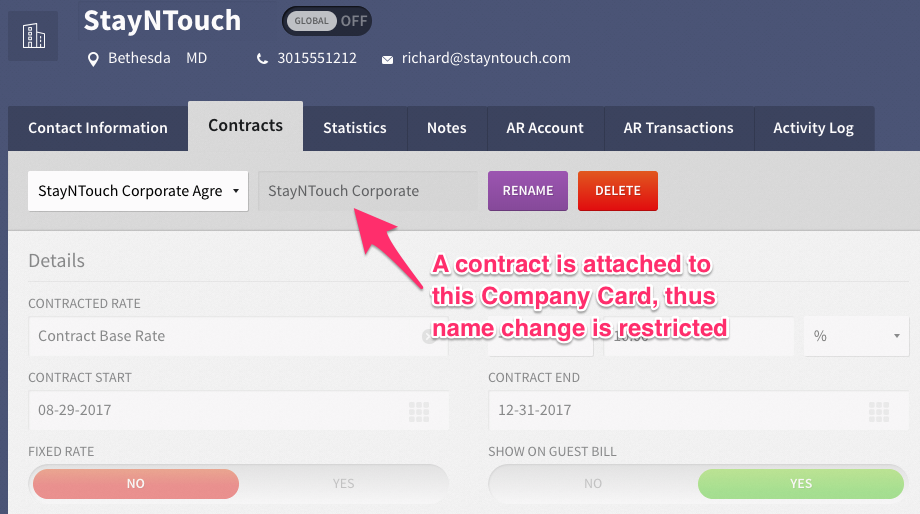 Please also note that a contract can only be deleted if it has never been used. Once the contract is used in a reservation, the delete option will not be available.

Did you find it helpful? Yes No

Send feedback
Sorry we couldn't be helpful. Help us improve this article with your feedback.